Facebook Twitter Youtube Instagram
Pay Match Fees
View My Team
IMPORTANT UPDATE - WE ARE NOW CASHLESS! Please note that the Centre is now cashless and we are only able to accept payment via credit/debit card, or contactless device. ALL match fees and bookings may be paid online via our website. Please ask for further information. Some vending machines will still accept cash for a limited time going forward. Please make sure you have the means to pay for items you wish to purchase in the Centre as we are unable to accept cash. Thank you for your assistance.

We're back! Indoor Netball is up and running again and here's how you can get involved.

Are you looking to play indoor netball?

Willows Sports Centre in Derby runs fantastic indoor netball leagues and is home to the largest netball operation for miles around!

We have superb facilities for both traditional 7-a-side netball and England Netball’s tensioned netting variation of the game, ‘NETS’ at both 5-a-side and 6-a-side, on superbly carpeted, floodlit courts. Our netball leagues will resume this summer giving you the chance to play at Derby’s most loved and original indoor netball venue.

Enjoy great courts, digital scoreboards, action-replay cameras via our partners at My Action Replay and of course, Willows Sports Centre’s renowned league experience and customer service spanning over 30 years in Derby! We run leagues for women, girls and mixed teams at varying standards and age groups. If you haven’t played netball since school, or perhaps gave up when a family came along, this is the place to get back into the game you love!

Not only do we run netball leagues, but we also host sessions of England Netball initiatives Back to Netball and Walking Netball, aimed at giving everyone the chance to play the game at whatever level they think is right for them. You can join these sessions as an individual too, so if you haven’t a team to bring along, you can still get involved!

What’s more, we have now added a fantastic online match fee payment system, allowing you and your team to pay for your matches/sessions on your device ahead of match day, leaving you to turn up for your game ready for the action!

For more information, click one of the buttons below, which best describe your situation. It’ll help us direct you to the best information to help you get started.

Due to Covid-19 reduced opening hours and reduced staff presence, we may miss your call at certain times. Please utilise email and social media messaging and we will respond as soon as possible.

Get more from Willows Sports Centre! 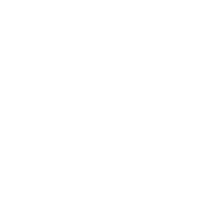